SJWPBD- The incomparable experience of a world class event!

As I look outside through my small window beside my seat, what I see is a fleet of planes standing, some had just come inside the hanger, or some resting and some like my one, leaving the airport. As the last rays of twilight peeps through the magnificent airport of Arlanda, I suddenly realize what I’m leaving behind here in Sweden, a bunch of magnificent friends and the incomparable experience of a world class event. 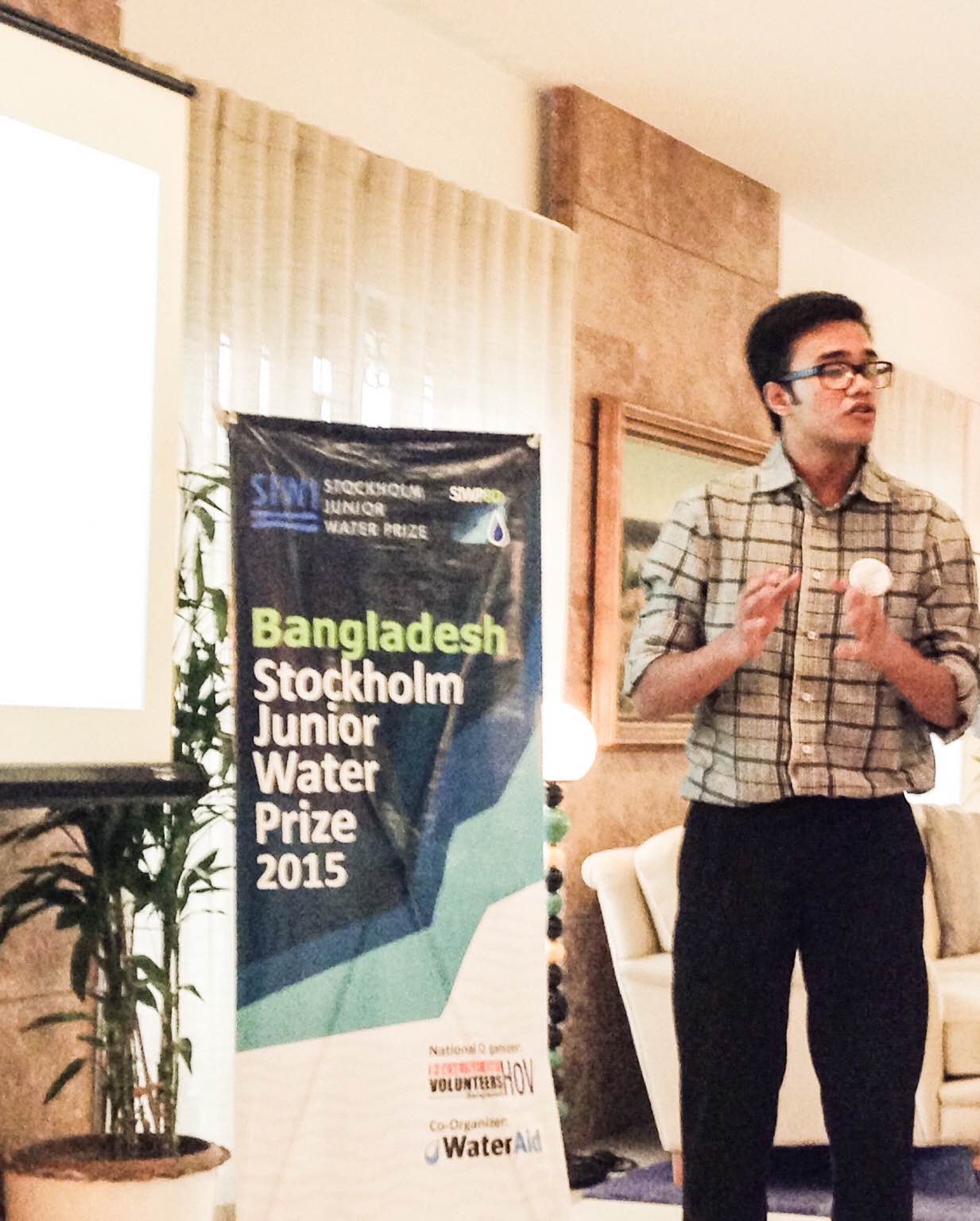 It started about 5 months before that, we had just heard about the initial national stage. We were pretty damn excited. I still remember we named the first group conversation ‘Mission Stockholm’. But then it was like a dream to us. Three crazy guys chasing what seemed like an impossible dream. The initial work was tough for us. Never had we written a proper scientific paper. The format itself is very different from anything we ever faced. If we talk about real life experience, I personally learnt some wicked skills. My prime task was to do the initial scientific research. After a week time spent in books and the internet, I understood what I was going after, let alone complete my task. The initial idea of research to me was that it was as simple as assembling some info together and deriving the best out of it. What on earth was I doing? Now after all this time, when I’m in my busy days of high school, I understand how useful that skill is for my student life. I couldn’t be more than happy to know that I’m ahead of my peers in this case and I can use this skill for the rest of my life.

After two hectic months, we knew we were going to Stockholm. A further help was extended to our project by some generous BUET researchers and though I couldn’t say this to them personally, I’d like to extend my heartfelt gratitude to them through this article.

It was such a big help. Stockholm Junior Water Prize is a part of World Water Week, where about   3000 personnel from around the world attend to promote water safety for a better earth. Stockholm itself is a beautiful city. My time there was absolutely splendid!

Participants from about 30 countries gathered under the same room. The whole event was exceptionally well timed. The first surprise for us was that instead of the conventional rule of international events, we were given roommates of different countries to share our rooms with. Hence, we could fraternize with different countries more intensely and a strong bond was created.

Our main competition was schedule in a big conference centre where we had to present our cases to the jury panel. Between our presentations and conferences, the organizers took us to visit Gamla Stan, which is called the Old City of Stockholm. We visited the King’s palace, the Parliament, Nobel Museum and different other sites. The prize ceremony for the junior prize was held inside the magnificent ballroom of Hotel Grand where we met the crown princess Victoria. We also attended the prize giving ceremony of the Stockholm Water Prize where we had a magnificent three course dinner with the royal family themselves.

On the last day, we were taken to the factory of Xylem, which is a leading global water technology provider. We experienced the brilliant engineering behind wastewater plants and also operated some sophisticated pumps. But within all these busy schedules, the real fun would start every time all of the participants gathered in the hotel. We would leave our bags in our rooms and just head out to enjoy the streets. We would have fun all day, go to the bowling alley and share food. We used to roam around the hotel at night and I can promise you that those were the best times. We actually got lost one time around the Nordic museum but that is a different story altogether. The last goodbye was very emotional for us. On our final day, we cried and hugged and promised to visit each other’s country. We knew this was just the beginning of a family.

I came to Stockholm with a view to compete. But the experience has changed me. I learnt that competition is not always important, rather those moments where you could truly discover yourself is to be cherished. I left Stockholm with a new me, an individual with loads of inspiration to carry home. This was the best week in my life and I cannot be more grateful to this competition and the organizers. Let this event light the way to a whole new generation of water soldiers where we fight the modern day water problems and try to protect this valuable resource for future generations to come.