The Finale of Bangladesh Stockholm Junior Water Prize (SJWP, BD) 2019 was held on Friday, 3rd May 2019 at Civil Building, Bangladesh University of Engineering & Technology (BUET). After 3 months of running school campaigns in Dhaka, Chittagong, Khulna, and Mymensingh and having reached around 200 schools and college across the country, SJWPBD 2019 Finale was fought by 10 teams from different regions of Bangladesh, including two cadet colleges and reputed institutions of Dhaka, Khulna and Kushtia. 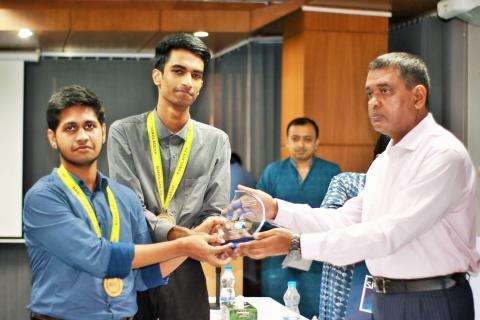 Organized by House of Volunteers Foundation Bangladesh and co-organized by WaterAid Bangladesh, SJWPBD is being held since 2015 for 15-20 years old pre-university students in Bangladesh as the national round of Stockholm Junior Water Prize (SJWP), an international water research competition for juniors – a project of Stockholm International Water Institute (SIWI) – to encourage the participation of youngsters in saving the current and future generations from scarcity of affordable clean water. The participants are closely monitored and guided by a group of mentors from BUET and WaterAid. The finalists present their water research project through a poster presentation in front of an 11 members Jury board consisting of faculty members of BUET, water scientists and technical experts from WaterAid and other bodies related to water research and development in Bangladesh. The winning team of SJWP,BD 2019 will be sent to Stockholm, Sweden on August 2019 to compete at the international round of the competition. 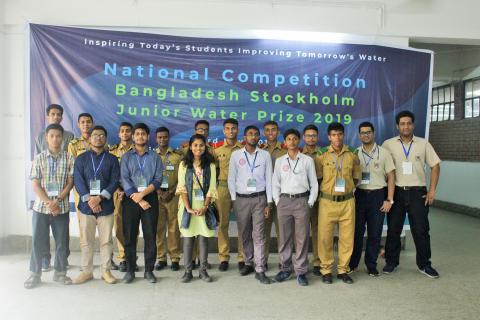 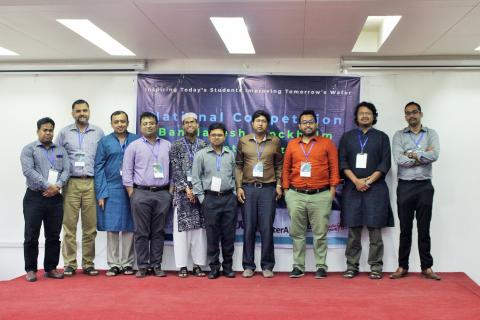 The former winners of SJWP,BD 2015-18 have all competed in the international finale of the contest in Sweden with great success and recognition. The projects of Team Bangladesh have been in the list of Top 5 ideas made by Xylem Inc., the core sponsor of the SJWP, every year since Bangladesh started taking part in the competition. In SJWP 2017, Team Bangladesh won the Diploma of Excellency, the 2nd highest recognition in the international competition.

The winner of SJWP,BD 2019 was declared on the same day through an Award Giving Ceremony following the final round at ARI-ITN Building, BUET, in presence of guests from the Embassy of Sweden in Dhaka and renowned personalities involved in water research and development in our country. Didarul Islam and Md Shahriar Hasan were selected as the Winner of SJWP, BD 2019, with their inconceivable project “A novel, non-invasive and chemical free synthesis of carbon aerogel from thermoplastic waste as a potential electrode for rapid capacitive deionization”. They will be competing in the international round. The juries mentioned that some of the unselected projects were also very remarkable. Their projects, with more attention and proper modification can become the next representative of Bangladesh.